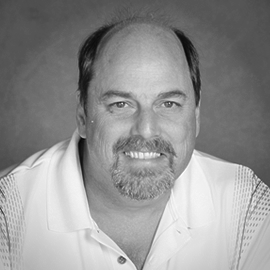 Rick, attended the University of Kansas where he received Bachelor of Science degrees in both Architectural and Civil Engineering in 1989.Ā  While still in high school, he developed a strong interest in architecture, primarily residential, including early American plantations.Ā  It was during this time that his interest in science redirected his passion for architecture towards engineering.Ā

After graduating, he began his career in structural engineering working in Chicago, IL where he worked on a broad range of projects ranging from 52-story skyscrapers to single-family residential homes.Ā  In 1996, his desire to be closer to family brought him back to St. Louis, MO.Ā  He continued to expand his knowledge base by working on a diverse portfolio of projects, including; commercial, healthcare, structural condition assessments, renovation, historic preservation, and multiple projects requiring design for extreme events.

In his time away from work, Rick enjoys spending time with his wife and son.Ā  He also enjoys spending his free time flying radio control planes/drones and woodworking, where his primary interest lies in the arts and craft style, exemplified by Greene and Greene.

inspiring design that moves you ®